Origination of the Kressley Name

My grandfather, Elmer Jacob Kressley, was told by his father, Oliver, that the Kressleys came from the Alsace area. Oliver’s father, Nathan, could speak fluent German and French as well as “Alsatian” even after three generations had lived and died before him. The Alsace Lorraine area in France was ruled by both Germany and France throughout different periods of time. In Lembach and Ratzwiller there was a very large glassblowing and window pane manufacturing effort (1556-1788) with foundries located in the communities of Mattstall, Falckenthal, and Prince of Rohan, (all were part of the Lembach parish). At times, nearly a third of the populace was comprised of glass workers. Many of the craftsmen were Grassels for generations. They needed sandy soil for glass-making and forests for making charcoal to burn and heat the glass, so when an area was burned out in 10-30 years, they moved on. The Lembach glassblowers were German speaking and their region of mobility extended from Oberhessen, East of Frankfurt am Main to the Black Forest, Bavaria, and Switzerland and then West to Alsace/Lorraine and Moselle. Although glassmaking was the primary employment of this group, a community also needed farmers, shoemakers, blacksmiths, weavers, metal workers, etc. to keep the communities going, especially during times of economic troubles when buying glass was not a priority.

Many years were spent researching the Gressel lineages in the church records in Baden and Alsace. Over 180 parishes have been searched in Alsace and in the Kingdom of Wurttemberg in my quest to find our ancestors across the pond. Only one person has surfaced as a likely candidate, although there are no documents showing absolute proof, there are a lack of documents showing continued lineage in the area for Johann Jacob GRAESSLE the son of Johann Adam GRAESSLE and Anna Mary HEYD of Oberbetschdorf, Bas-Rhin, France. This name led backwards to Württemberg, right on the border where the name Graslin/Greslin is found in 1551. This is when Baden-Durlach in the North and Baden-Baden in the South were at odds concerning religion, the South being Catholic, North, Protestant. This explains why the name GRAESSLE (and its many variations) appears more often in towns and villages throughout Baden Württemberg, yet we now have proof that this family left and settled in the Bas-Rhin (Northern Alsace) region. Johann “Jacob” Grassel b. 1726, (son of John Adam Gressel) disappeared from Oberbetschdorf in 1754 and in 1762 Johann “Jacob” Grassel/Kressley showed up on the tax list in Heidelberg – now as a free person after seven years indenture. Philip who arrived with him, was actually Jacob’s cousin – but in German tradition, they often called any family member brother or sister. Their fathers were brothers. He was John Philip b. 1724 (son of John George Grassel) that was gone from Oberbetschdorf records for a few years, then returned and expanded his family. That’s why there is absolutely no trace of him in Pennsylvania and why Jacob could never find him. Whether he later got word that Philip was back in Oberbetschdorf, we will never know. The history of Baden Durlach which is now Karlsruhe, shows a struggle between the Catholicism and Protestant religions during the period that our ancestor Blasius Graessel was born (1626), married (1650) and when his first son was born in 1651. They would have migrated (105 miles) West to Ober Betschdorf between 1652-1675. George Frederick was Margrave of Baden Durlach and he was Lutheran. The Thirty years War was 1618-1638. In 1648 the plague broke out in Durlach decimating the population.

Link to History of Betschdorf 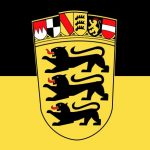 Descendants of Simon Greslin/Graslin Abt. 1551

Note that three children died in 1629, during the Thirty Year’s War. This could have been from plague, starvation or Catholic vs. Protestant fighting. The Gresslin/Graessel surname is recorded in Evangelisch (Lutheran) records.

Child of BLASIUS GRAESSEL and BARBARA BROMBACHER is:

Child of MARX GRAESSEL and MARGARITA ARBOGAST is:

Child of BASCHI GRAESSEL and BARBARA GILLER is:

Child of JOHANN GRASSEL and MAGDALINA WEBER is:

Children of JOHANN GRASSEL and CATHARINA WERNER are:

Children of JOHN GRASSEL and MARIA BASTIAN are:

Children of SUSANNA GRASSEL and JOHN GERWIG are:

Children of JOHANN GRASSEL and ANNA HEYD are:

11. JOHN PHILLIP7GRASSEL (JOHN JORG6, JOHANN ADAM5, BLASIUS4 GRAESSEL, SIMON3, MARX2 GRESSLIN, SIMON1 GRESLIN) was born 1724, and died 1793. He married ROSINA RHEIN. She was born 1721, and died 1791.Notes for JOHN PHILLIP GRASSEL: Traveled via Ship Halifax arriving in Philadelphia in October 1754 with his cousin John “Jacob” Gressel. It is assumed that both were indentured servants. There are no records of Phillip in America after his arrival. His cousin Jacob put an article in the German Newspaper “Sowers” of Pennsylvania dated 18 Dec 1761 searching for Phillip: “Jacob Graesel, Allemangel, Lynn Township, (Lehigh County), seeks his brother Philip, who has been in America seven years”. (Often close relatives were called brother/sister in German). Notes for ROSINA RHEIN: there is a break between children which would have allowed for the possibility of Phillip traveling with Jacob on the Halifax to Philadelphia. Perhaps the reason Jacob could not find him several years later, even after putting an advertisement in the German newspaper searching for “his brother Phillip” was because Phillip went back home We have never found records of Phillip here in America. The term “brother” did not necessarily mean same immediate family, he could have been a cousin or other relative from the same village or town.

Children of JOHN GRASSEL and ROSINA RHEIN are:

12. (JOHANN) JACOB7 GRASSEL (JOHANN ADAM6, JOHANN ADAM5, BLASIUS4 GRAESSEL, SIMON3, MARX2 GRESSLIN, SIMON1 GRESLIN) was born 11 Feb 1726 in Oberbetschdorf, Bas-Rhin, France, and died Abt. 1769 in Heidelberg Township, Lehigh, PA. He married (1) ANNA BARBARA MAURER 31 Jan 1748 in Oberbetschdorf, Bas-Rhin, France. She was born Abt. 1736 in Oberbetschdorf, Bas-Rhin, France, and died 1753 in Oberbetschdorf, Bas-Rhin, France. He married (2) ANNA MARIA HANDWERK Abt. 1760 in Pennsylvania, USA. She was born Abt. 1730 in Palatinate Germany, and died 1787 in Heidelberg Township, Lehigh, PA.Notes for (JOHANN) JACOB GRASSEL: Immigrated to Philadelphia, PA in 1754 on Ship Halifax with his cousin Philip, son of his father’s brother Johann Jorg Gressel. It is assumed that Jacob served indenturship, then settled in Lynn Township and first appeared on the Pennsylvania tax list of 1762. See http://historymatters.gmu.edu/d/5712 Gottlieb Mittleberger’s article: A German Migrant in Philadelphia, 1750 His will was first probated on March 23, 1769, No. 637 in the files at Easton, PA, another on September 9, 1771, and a will was probated March 10, 1774. This will was made by John Eyerman and states: “Jacob Gressel, Heidelberg township, – Our help is in the Lord, who made the Heavens and Earth, Amen. Executor, wife Anna Mary; children, John Jacob the eldest, Bernhart the youngest, et al, brother-in-law Bernhart Neff of Heidelberg co-executor”. Bernhart Neff was husband to Jacob’s older sister Maria Magdalina but he was evidently quite a bit older than she. Since there are no marriage records or other vital records to be found with the surname for Jacob’s wife Anna Mary (most likely Maria), there has been much speculation. Some incorrect collections show him having married Anna Maria Neff. Why were her children farmed out through Jacob’s will in 1769? or was it really 1774? Many questions here. Anna Maria Handwerk had three brothers: Peter, Johannes and Frederick making them uncles to the orphaned children. And the Orphans court document shows Jacob Grassel had six children. This orphan’s court document dated June 17, 1778 lists John Handwerk as the guardian of Jacob Gressel, over age 14, son of Jacob Grassel of Heidelberg. Guardians for younger 5 children (Magdalena, John, Adam, Bernard and Catherine) were Peter Handwerk and Henry Hartman. Jacob established the Homestead called “der Kressley Stadt” in the Water Pond area (near Flint Hill) of Lynn Twp. On the Kressley land, now located on Kressley Road, the house built in 1872 still stands. In 1995, on a visit to the area, I found George Schmidt’s Berry Farm which now stands on land that once belonged to Kressleys. Just across from the berry farm is the building that was once the Water Pond School House. More About (JOHANN) JACOB GRASSEL: Baptism: 14 Feb 1726, Oberbetschdorf, Bas-Rhin, France.

Child of (JOHANN) GRASSEL and ANNA MAURER is:

Children of (JOHANN) GRASSEL and ANNA HANDWERK are: 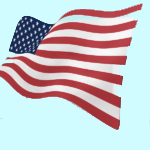 STILL SEARCHING!!!! To all the people who have shared their information: THANK YOU – you are the lighthouse in the fog!

The Kressley, Kiesele and Brader genealogies are dedicated to my Dad, Leonard Kressley whose stories of his father growing up in Pennsylvania and the family originating in Alsace intrigued me. It all started with his question, “what ever happened to my Pennsylvania relatives?”. He joined my sister and me on our trip to Pennsylvania patiently helping us find old documents and information at the Historical Society in Allentown (and getting lost on all the little hilly roads). We miss him dearly!